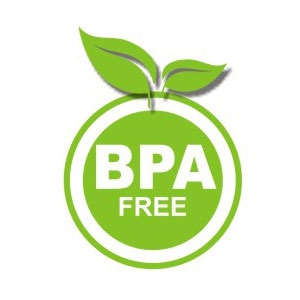 BPA stands for bisphenol A. BPA is an industrial chemical that has been used to make certain plastics and resins since the 1960s.

In particular, BPA is found in polycarbonate plastics and epoxy resins. Polycarbonate plastics are often used in containers that store food and beverages, such as water bottles, and baby bottles and cups. They may also be used in toys and other consumer goods. Epoxy resins can be used to coat the inside of metal products, such as food cans, baby formula cans, bottle tops and water supply lines. Some dental sealants and composites also may contain BPA. And certain thermal paper products, such as cash register receipts, may contain BPA.

Some research has shown that BPA can seep into food or beverages from containers that are made with BPA or into your body when you handle products made with BPA. BPA remains controversial, and research studies are continuing. The American Chemistry Council, an association that represents plastics manufacturers, contends that BPA poses no risk to human health.

But the National Toxicology Program at the Department of Health and Human Services says it has “some concern” about the possible health effects of BPA on the brain, behavior and prostate gland of fetuses, infants and children. This level of concern is midway on its five-level scale, which ranges from serious to negligible. The Food and Drug Administration now shares this level of concern and is taking steps to reduce human exposure to BPA in the food supply by finding alternatives to BPA in food containers.

In the meantime, if you’re concerned about BPA, you can take steps to minimize your exposure by:

Seeking out BPA-free products. This may not always be easy to do, of course. Some manufacturers label their products as BPA-free. If a product isn’t labeled, keep in mind that most aluminum cans or bottles have linings that contain BPA, while steel bottles or cans don’t. Polycarbonate plastic is generally hard, clear, lightweight plastic. It often has the No. 7 recycling symbol on the bottom.
Microwave cautiously. The National Toxicology Program advises against microwaving polycarbonate plastics, although the American Chemistry Council says this is safe. The plastics can break down over time, possibly causing BPA to leach into food.
Wash safely. The National Toxicology Program advises against washing polycarbonate plastics in the dishwasher using harsh detergents, although the American Chemistry Council says this is safe.
Use alternatives. Use glass, porcelain or stainless steel containers for hot foods and liquids instead of plastic containers.
Cut back on cans. Reduce your use of canned foods since many cans are lined with BPA-containing resin. 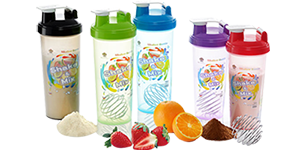 WE HAVE ALL, WHAT YOUR KITCHEN NEEDS